Please note that these meeting minutes will be officially approved by the neighborhood at the next ANNUAL meeting in November 2013.

Election of Board Members

Chuck Miller made a motion to accept all board members as written for the 2013 Cambridge Board of Directors. Michael Welch seconded the motion. Motion passed unanimously.
Adjournment: Meeting was adjourned at 9:15.
These minutes were submitted by Christine Nevogt

Cross referencing with KMC – to printer on Wed.

Chuck made a motion to keep the budget the same for 2013 so HOA dues will not be increasing. Unanimously seconded.

Gazebo
The board approved the paint purchase for gazebo.

Meeting was adjourned 8:00. Next meeting will be Feb 21st at Al’s House. 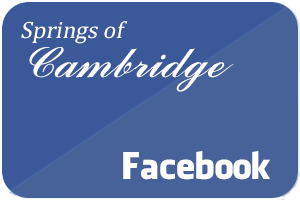 Ready to renovate your home? Before you begin your next home improvement project, make sure you let your HOA know first. HOA guidelines require the approval of all public-facing projects. Get started
Geist Security Patrol
The Springs of Cambridge is managed by Dan Quigley at Kirkpatrick Management Co.
Uniform yard light posts and mailboxes are required in Cambridge:
Springs of Cambridge